This worked nicely, but I was curious about how it worked.
Since is a zsh built-in function, the docs can be accessed with man zshbuiltins.

So the use of hash -d github=~/Documents/GitHub only added the value to a cache.
I found out that you can also add a static named directory like this: 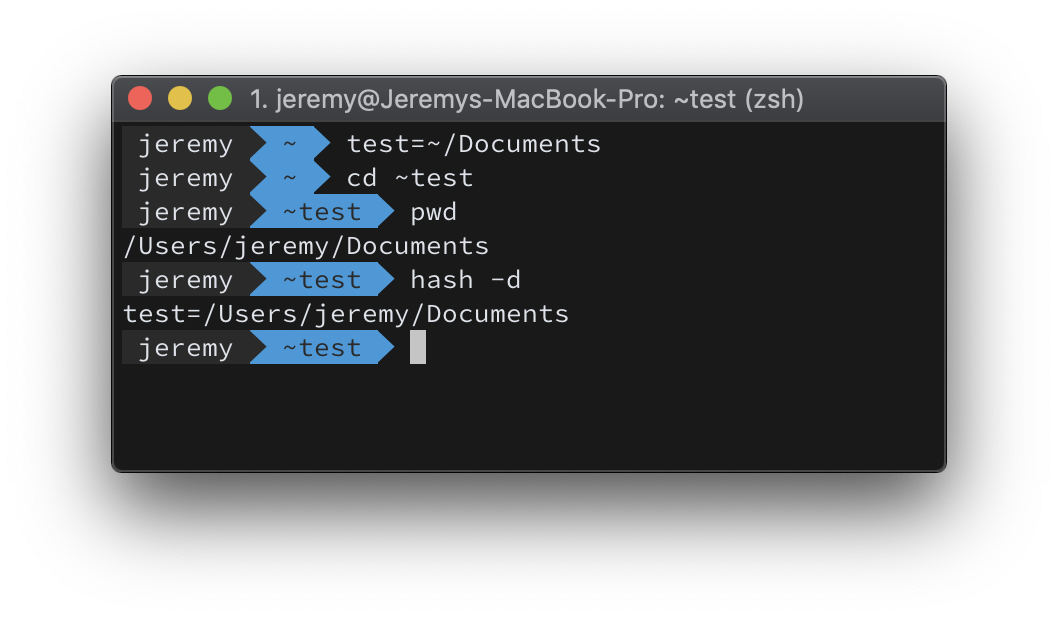 The documentation for this behaviour can be found here.
So every variable starting with a slash is considered. Also every users home is included automatically.